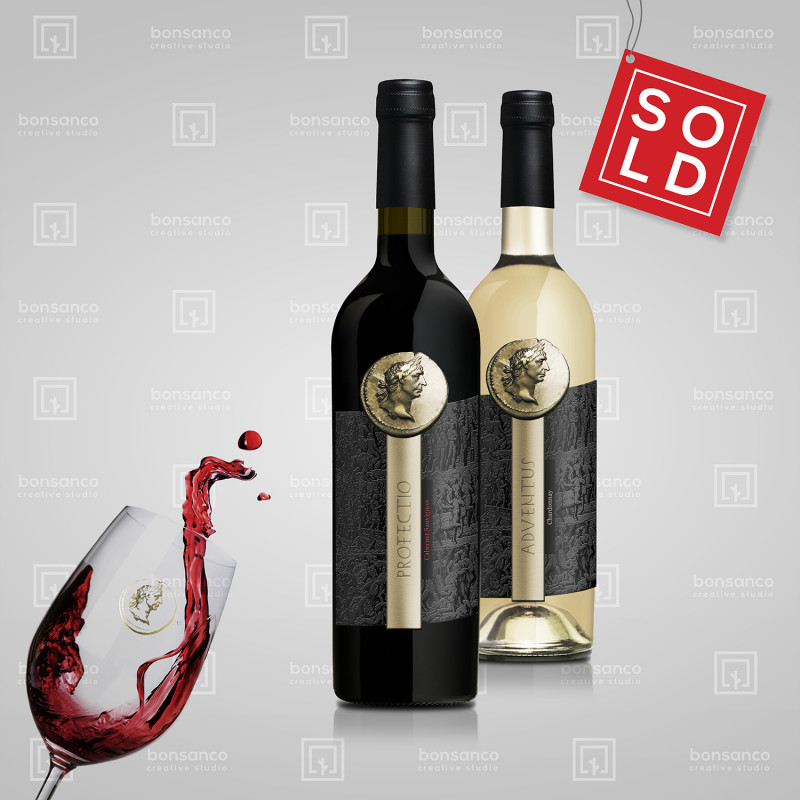 The idea comes from the Trajan’s Column and the label is made based on the helicoid shape of frescoes from the respective sculpture.

“Profectio” is a word of Latin origin that represents the religious ceremony of Roman Emperor’s leaving, specially for a new military campaign. The Emperor’s depart was celebrated as a very infrequent event, really uncommon, this is why these ceremonials were illustrated on coins or sculptural bas-reliefs.

From the other side, “Adventus” means the Roman Emperor’s returning from war.